BlueWaveNJ Has Been Busy Over The Last Few Months!

We have been canvassing throughout the state for the amazing candidates running for Congress in the 11th, 7th and 3rd. We've knocked on thousands of doors already and we will continue to support these candidates all the way through election day!

While Democrats in the state Legislature debated details of our state budget, BWNJ members reached out to Senate President Sweeney, Speaker Coughlin, and Governor Murphy as well as many legislators to voice our support for the millionaires tax and other revenue enhancements needed to secure our state's future. In addition to our members contacting legislators, we went down to Trenton ourselves and lobbied.

Read our call for supporting the millionaires tax here.

With the newest revelations on the staggering vulnerabilities of our countries voting system and election process, we reached out to freeholders across the state and urged them to upgrade our out-dated and insecure voting machines.  New Jersey is one of only five states that do not have a paper trail and BWNJ is doing everything we can to upgrade this system before the November 6th elections.

Read our letter to the Freeholders here.

In our continuing efforts to lower the cost of health care in New Jersey, we sent testimony to the state legislature urging the passing of two bills that would cut costs statewide. The BlueWaveNJ community shared their stories of health care price increases that have resulted from the GOP sabotage of the Affordable Care Act. These stories, along with our Health Care Committee's expert knowledge helped support the eventual passage of both of these bills. We are proud that on April 23rd, Governor Murphy signed these bills into law.

Read our testimony to the state legislature here.

Following the 4 high school events we organized during the Parkland student’s visit in April, students across NJ formed March For Our Lives NJ.  We look to work with them this fall to get out the vote especially among young voters and expose Congressional candidates that oppose common sense gun legislation.

BlueWaveNJ has organized a coalition of environmental and community groups, the November 6th Is Earth Day Coalition, to elect pro-environmental candidates in the mid-term elections. Through canvassing and other means, our goal is get low-turnout Democrats and independents, who we have identified as environmentalists, to the polls and to elevate the profile of environmental issues.  Join our canvassing effort this summer to talk to pro-environmental voters about Congressman Lance’s voting record. Sign up here and we'll contact you with more information about meetup locations and what to bring.

In response to the heinous policies of the Trump administration regarding illegal and legal immigration, we rallied with organizations across the state for the Families Belong Together March. We sent dozens of supporters to Newark to make their voices heard.

While grassroots pressure and the courts stopped the policy of separating families, the struggle is far from over as many children have yet to be reunited with their parents. We have been in contact with our representatives regarding the status of these children and the fate of future immigrants to our country. 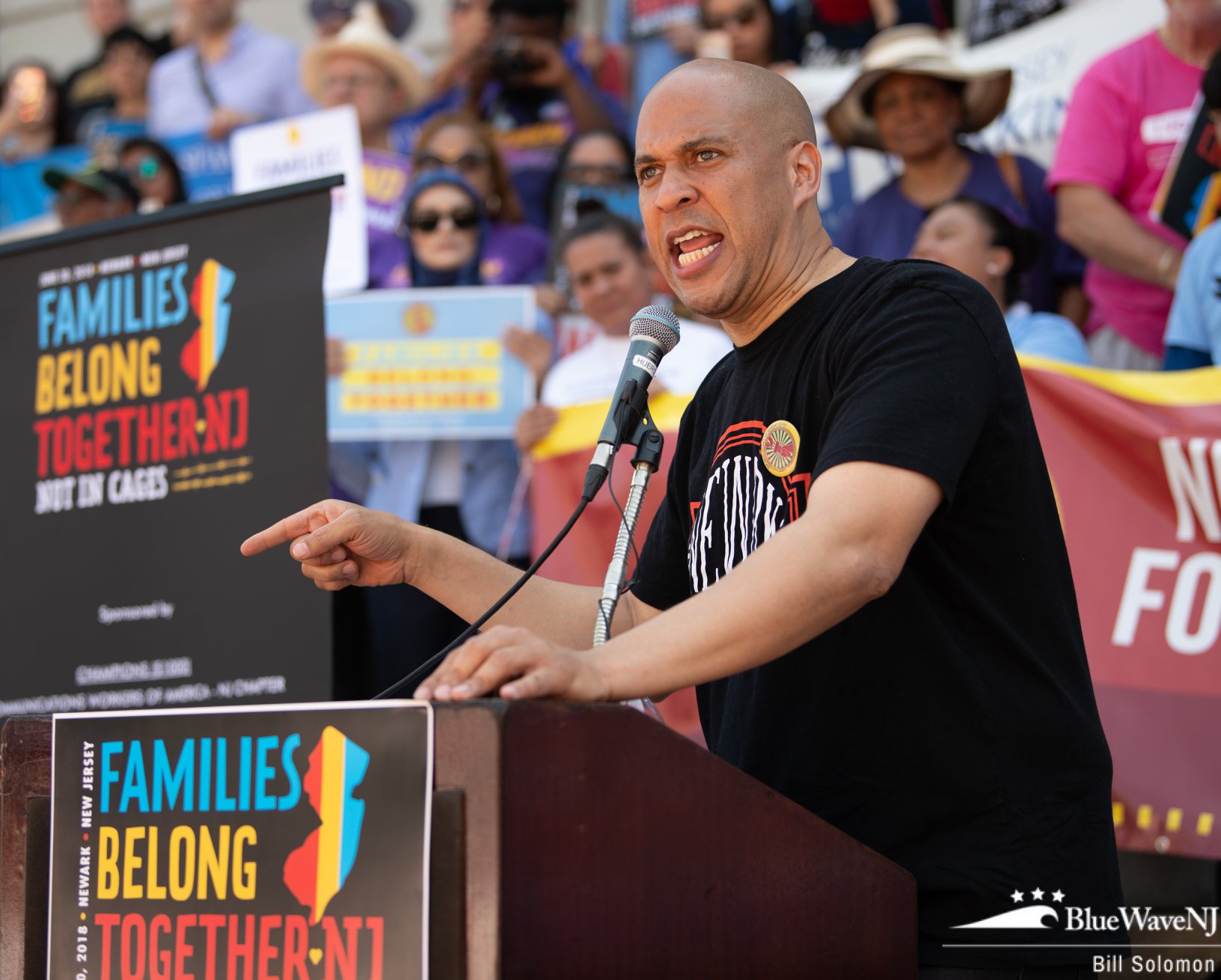 In March of this year we urged the state legislature to support the proposed Earned Sick Day bills. The legislation passed and was signed into law.  Starting later this year all New Jersey employees will have access to fair earned sick days. This is only the first step we are taking towards supporting and improving workers right's in New Jersey.