Contact Your State Representatives To Help Us Pass A More Fair Tax Code.

Many of our state's Democratic representatives are pushing back against a plan to raise taxes on incomes over $1 million. The Millionaires Tax will make our tax system fairer. Moreover, without additional revenue from the wealthiest in our state, New Jersey will not be able to cover its existing obligations or fund critical investments.

The policies that Democrats care about, such as environmental protection, pre-school and affordable college education, medicaid expansion or a reliable public transportation system, all depend on the legislature passing a budget with sufficient revenue. Not only will the Millionaires Tax make our tax system fairer while helping fund our obligations and priorities, it is also supported by an overwhelming majority in the state.

Why Is This Tax Good For New Jersey?

One of the cornerstones in Governor Murphy's budget proposal is the Millionaires Tax. This would raise taxes only for incomes over $1 million dollars. This tax on the wealthiest New Jersey citizens will help build a budget that strengthens New Jersey's middle class while paying for critical investments that strengthen our economy.

The current local and state tax code is unfair to low and middle income households. Sheila Reynertson, Senior Policy Analyst, at New Jersey Policy Perspective had this to say on our the current tax code:

"The lion’s share of income growth over the past decade has gone to New Jersey’s wealthiest taxpayers, yet the state and local tax code still requires low- and middle-income households to pay greater shares of their incomes in taxes than their wealthier neighbors. Gov. Murphy’s tax plan addresses the upside-down nature of the state’s tax code while raising the revenue needed to give all New Jerseyans a better opportunity to thrive – and, given the federal tax windfall to the wealthiest households who did nothing to earn it, lawmakers should feel confident in enacting a more equitable tax code here in the Garden State." 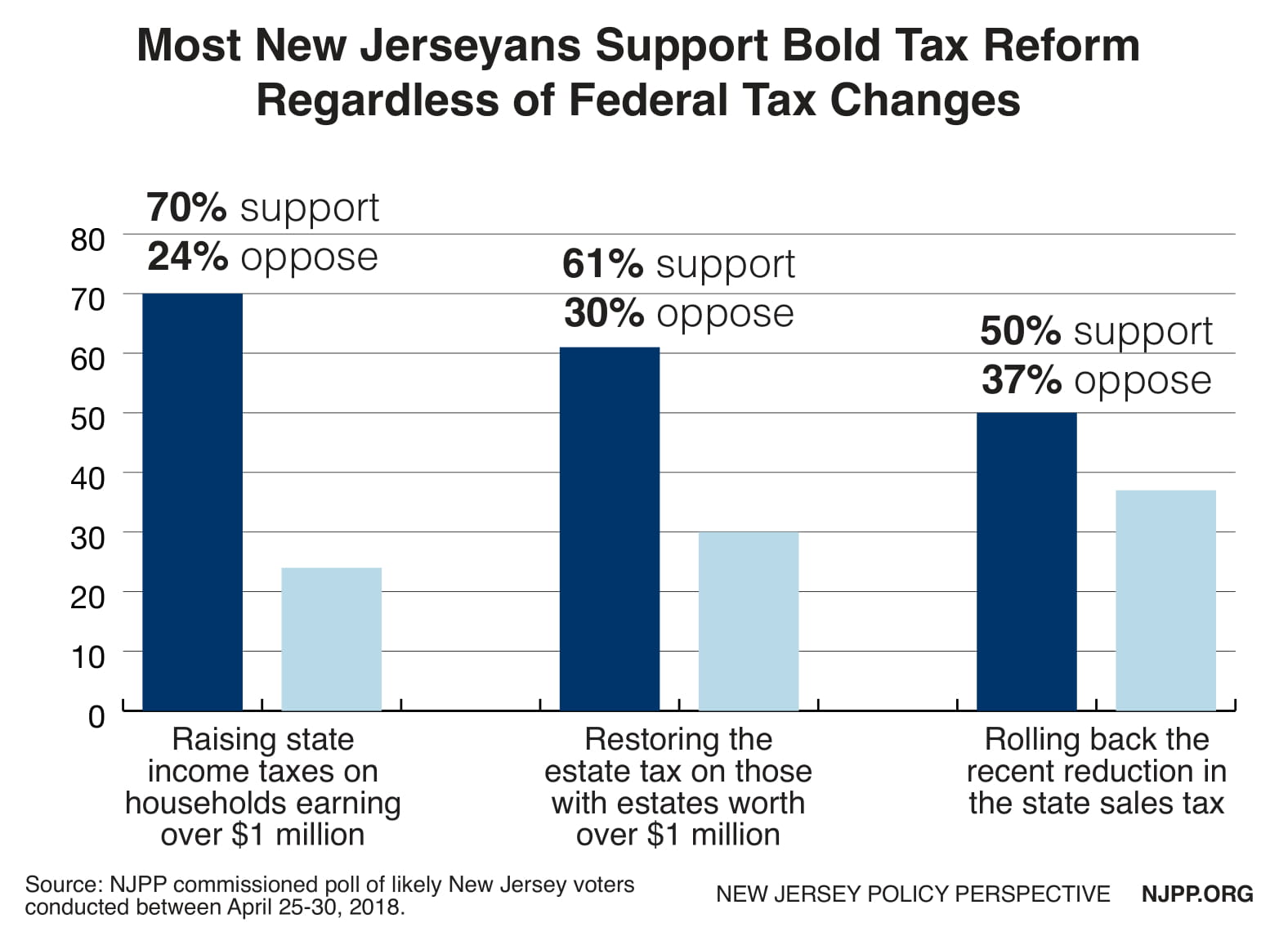 It is time that the wealthiest New Jersey citizens pay their fair share. Contact the legislators below and let them know that you support raising taxes on incomes over $1 million and creating a more fair tax code for our state.

Making calls to your Senator and both your Assembly Representatives is critical. Follow this link to find your specific Legislators contact information.