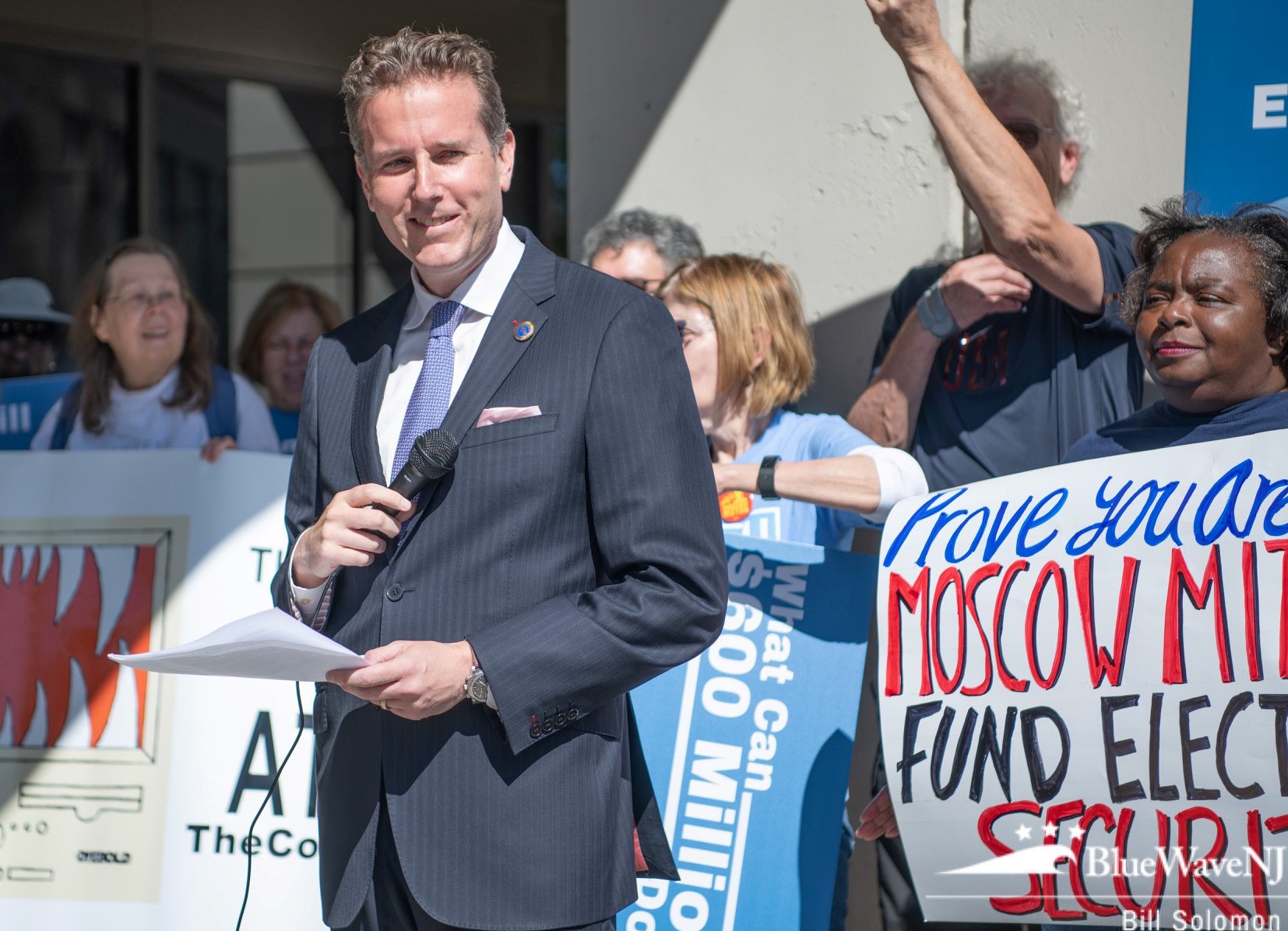 Gill called on the Senate to join the House of Representatives to support a recently passed House appropriations bill that immediately commits $600 million for the purchase of voting technology that relies on hand-marked paper ballots, which facilitate post-election audits and recounts, and other security measures to protect against hacking and other threats.  “This is a measure of the highest urgency, and it is long overdue,” he told the crowd. New Jersey’s 14-18 year old electronic voting machines, which don’t produce any paper trails, are particularly insecure.

Other speakers of the BlueWaveNJ-organized event included Professor Penny Venetis, Director of the International Human Rights Clinic at Rutgers Law School, David Harris of SOMA Action, Ann Rea, chair of BlueWave’s Electoral Reform Working Group and BlueWave President Marcia Marley. Speakers stressed that U.S. Senate Majority Leader “Moscow” Mitch McConnell has to get out of the way and allow the Senate to vote to fund national voting security to meet the threat from continued interference from Russia and other foreign actors.

We need to call our senators to spur action. Call (833) 413-5906 for talking points and connection to the Capitol Switchboard. Our senators must support the amendment being offered by Delaware Senator Chris Coons to fund safe elections.

Coverage Of Our Event