For those who have been paying attention, it’s apparent that Joe Biden’s accomplishments in mustering a massive and effective united front of nations countering Putin’s naked aggression on Ukraine have been nothing short of astonishing. Most recently, 140 countries have joined us at the U.N. General Assembly in deploring the invasion and demanding that Russia “immediately, completely and unconditionally withdraw all its military forces,” leaving the Russian autocrat virtually isolated on the diplomatic front. And Fortune reported on February 28 that “the sanctions against Russia went from toothless to devastating overnight as its economy began collapsing.” 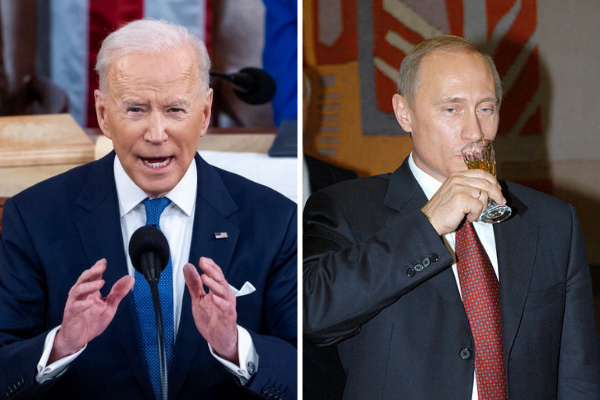 Behind this new is what a recent article by New York Times national security and White House reporters Julian E. Barnes and David Sanger referred to as “a remarkable four months of diplomacy, deterrence and American-led information warfare, including the last-ditch effort to disrupt” Putin’s war plan “by exposing it publicly”. Strategically using first rate intelligence about Putin’s plans and his efforts to create pretexts for war, Biden successfully unified a long fractious NATO to the point that “even the Germans and other European nations highly dependent on Russian-supplied gas signed onto the playbook.”

The same skilled diplomatic campaign caused Times columnist Thomas Friedman to remark that in the run-up to the invasion, Biden “has matched every Putin chess move with an effective counter of his own.”  Friedman went on to explain that Biden “has had to thread a real leadership needle. [In light of the asymmetry in the interests between America and Russia on Ukraine] … he could not threaten direct U.S. military force. Therefore, he had to do the next best thing: assemble a solid-enough coalition of NATO allies. Get enough of them to ship arms to Ukraine. Convey to Putin exactly what crippling economic sanctions will be piled on his economy, banking system, factories and cronies if he invades Ukraine. And make clear that an invasion will actually produce the NATO that Putin fears.”[1]

In uniting NATO members to counter Putin’s aggression, Biden first had to perform the heavy lift of convincing the leaders of any number of nations that after four years of Donald Trump’s ceaseless hammering against the alliance, the United States can now be a trusted ally again. The initially slow roll-out of certain more difficult to agree on sanctions, like suspending Germany’s planned participation in the Russian Nord Stream 2 gas pipeline and the removal of key Russian banks from the international SWIFT messaging system for international payments, reflected the difficulty of these steps. Biden applied his characteristic patience, listening and persuasion skills to get past obstacles that previously disunited U.S. allies and ultimately won the day.

Digging Us Out from the Donald’s Debris

Like so much of what President Biden has had to deal with in his first year in office, restoring our country’s standing on the world stage has required working overtime digging out from four years of Donald Trump-inflicted damage.

Even while Trump jeopardized the security of our country and our European allies by repeated public attacks on our NATO military alliance accompanied by praise of Putin, he also dangerously allowed key arms control agreements with the Russians, like the Intermediate-Range Nuclear Forces Treaty, to lapse, without any replacement, and deliberately killed the international agreement with Iran to prevent it from acquiring nuclear weapons. In contrast, within a week of taking office last year, President Biden brokered a five year extension of the remaining major arms control protection, the New Start Treaty, which has greatly limited the number of deployed strategic nuclear warheads of each side. And under Biden’s watch, negotiations with Iran and the major world powers are even now progressing toward a possible restoration of compliance.[2]

Time for a Choice: National Unity against Putin

Various analysts have concluded that Putin’s plans to opportunistically attack and gobble up Ukraine moved into an active phase based on his belief that the West – the United States in particular – was too divided to effectively oppose him. Notably, Col. Alexander Vindman, Director of European Affairs at the National Security Council until his removal by Trump, believes that the operation was developed just after the Capitol Hill insurrection of last January 6.

It is indeed rich irony that some Republican politicians are now choosing to accuse our Democratic President of “weakness” when it comes to Russia and Ukraine. It was just two-and-a-half years ago that Trump chose to extort Ukrainian President Zelensky for a political “favor” before he would consider releasing Congressionally-mandated aid to the embattled country. We all know how that ended: Every Republican in Congress – except for Mitt Romney – voted to let it slide, demonstrating weakness.

Donald Trump, perhaps not surprisingly, has remained the ‘gift that keeps on giving’ for Vladimir Putin, and he has duly broadcast his admiration for the Russian autocrat in ever more outlandish ways, absurdly boasting recently that Putin “has taken over a country for $2 worth of sanctions … Taking over a country! Really a vast, fast location, a great piece of land with a lot of people, and just walking right in.” (Clearly, the ex-president, like his idol, was not entirely prepared for the strength and unity of the Ukrainian people’s resistance and the wall of solidarity that has emerged to support them.)

These are desperate days for the people of Ukraine and also for world peace, with new threats coming from the Russian autocrat to further escalate the bloody conflict and references to his nuclear weapons. 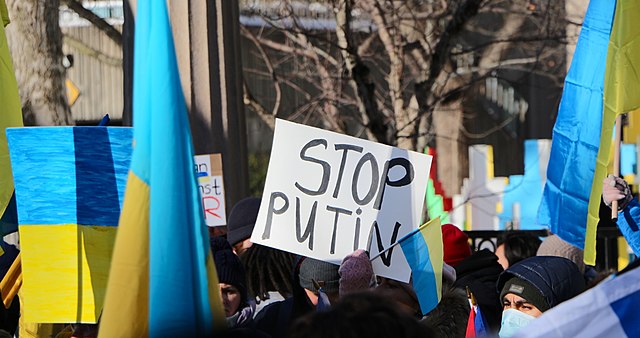 It would be comforting to think that things are changing within the Republican Party in the direction of national unity against Putin, a determined enemy. At the state of the union address, most Republicans in the room seemed ready to join the applause for the President’s declarations of our full support for the people of Ukraine. But then again, the closely-watched Conservative Political Action Conference (“CPAC”), held in Orlando on the same days that Russia drove its armies into Ukraine from three sides, gave out a straw poll showing 59% of its attendees supported Trump to run for president again in 2024.

If Republicans in elected office are now ready to join the national mainstream and stand up for Ukraine and against Putin, the clearest signals they could give would be to get behind President Biden’s lead in this effort and then to tell their Kremlin-loving ex-leader to move on from warm Florida to a new exile in Moscow.

Mark Lurinsky has been an activist on matters of public policy since 1968, He is currently a member of BlueWaveNJ’s Electoral Reform Working Group and is co-chair of the Healthcare Committee.

[1] Biden’s success, and Putin’s miscalculation, has actually led to some even better than expected developments: The autocratic leaders of Hungary and Turkey – both noted for past sympathies for the Russian regime – have now done their own sanctions against Putin. And right-wing politicians who have been fawning over Putin for years have begun to desert him in droves. This now includes Marine Le Pen, leader of the French far-Right National Rally Party and British Brexit advocate Nigel Farage. And perhaps most surprisingly, Donald Trump’s Fox News cheerleader and up-to-now open supporter of Putin, has lately gone so far as to confess that, “Vladimir Putin started this war.” Moreover, historically neutral countries, like Sweden, Finland, and even Switzerland, are now supporting sanctions.

[2] Nonetheless, the scary time we are living through was underlined by Putin’s recent declaration that he was ordering his country’s nuclear forces onto a heightened alert status and his earlier threat that “whoever would try to stop” his movement on Ukraine would face “such consequences as you have never faced in your history,” perhaps echoing some of his pal Trump’s more insane outbursts. Fortunately, Joe Biden, who has stated from the outset that no U.S. troops would be put into battle in Ukraine, has chosen not to join in the poisonous game of nuclear chicken that the Kremlin has suggested. Thoughtful observers, like James M. Acton, a leader at the Carnegie Endowment for International Peace, have pointed out that to the extent that the danger of actual nuclear escalation exists – which he argues is low, but by no means negligible – a balanced, thought-out response to Putin’s aggression, the kind Biden seems to pursuing now, must also include thinking about ways to give the Kremlin an “off-ramp” from the continuation of the conflict. This would mean preparing a “face-saving way to end the war on terms that preserve Ukraine as an independent state”, should Putin become willing to accept a cease-fire.