Kean Jr. in the NJ Legislature

To get a further picture of Kean Jr.’s rightwing bent, we could also look at his record in opposition to common sense gun safety:  He got the NRA’s 100% rating.

Though he chooses not to call attention to his support for Trump while running in the increasingly “purple” 7th Congressional District, State Senator Kean was one of several New Jersey Republican politicians to turn out for Trump’s rally in Vineland in January  and endorse Trump’s reelection. He’s also kissed the proverbial ring by holding a fundraiser at the Bedminster golf course whose profits go to the Trump family. 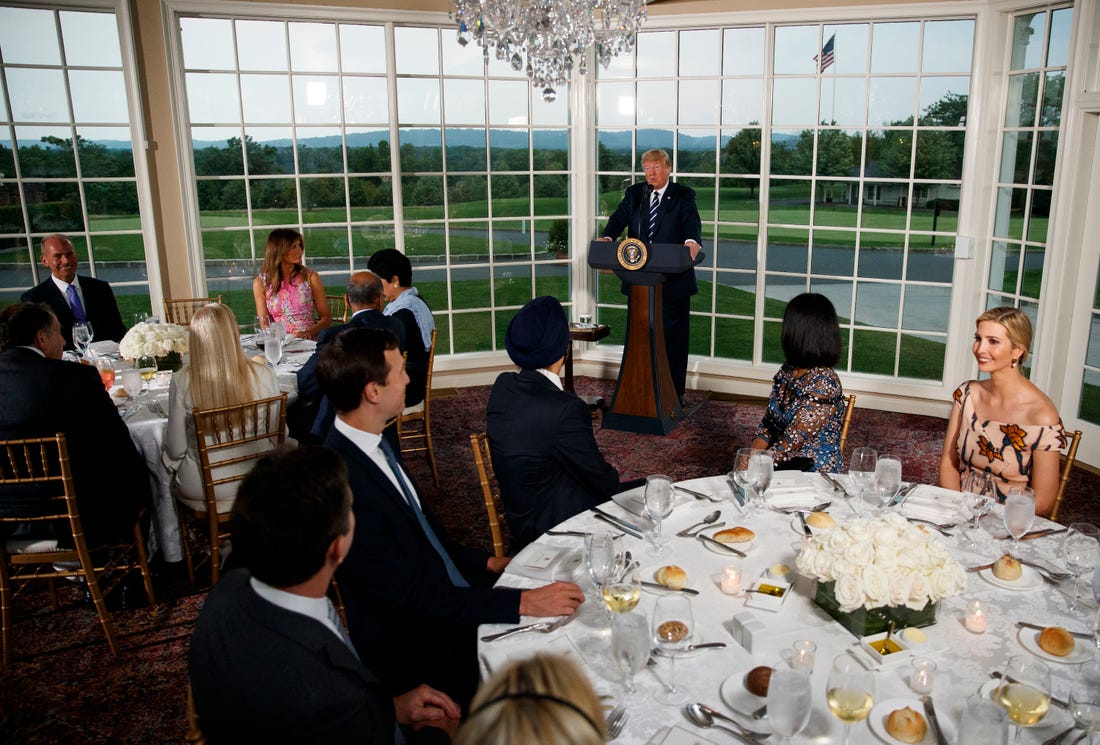 Perhaps even more disturbingly, Kean Jr. went along when the New Jersey Republican State Committee joined the Trump campaign in a lawsuit to block the right of New Jerseyans to vote by mail during the pandemic.[1]

When it came time for State Senator Kean Jr. to stand up and be counted for decency and civility in politics this election season, he chose dangerous opportunism.

On September 15, the Kean-aligned National Republican Congressional Committee (NRCC) leveled the scary and incendiary charge in expensive cable TV ads that Representative Tom Malinowski, in 2006 when he was a Washington, DC representative for Human Rights Watch (HRW) “chose sex offenders over your family” and “tried to make it easier for predators to hide in the shadows.”  The Washington Post’s fact checker gave this accusation its four Pinnochios rating, reserved for only the most fraudulent claims. Specifically, the attack falsely asserted that Malinowski lobbied to oppose a national registry for sex offenders, omitting to mention that Malinowski had no involvement at all in the matter. Moreover, the ad completely distorted HRW’s point of view on the issue. That position was not to oppose the sex offender registry, but only certain provisions of the enabling legislation it felt were extreme and went beyond targeting those who present an ongoing risk to the community.

Given the opportunity to distance himself from this smear in a September debate, Kean Jr. instead doubled down, claiming that Malinowski had worked for “an organization that advocated against protecting children.”[2]  Meanwhile, the Kean for Congress campaign manager, Harrison Nealy, has tweeted the NRCC ad.[3]

That’s unfortunately not the end of the story. Seizing directly on the Republican committee’s smear ads, adherents of the conspiracy theory group QAnon have poured death threats and harassing messages into the Congressman’s Washington office. “…You’ll never be safe on the streets, mark my words. You will have a target on your ass for the rest of your life and there’s nothing you can do about it ... (expletives) …We cannot wait to destroy you. F’ you and your Families…,” went one reported by Buzzfeed.[4]  Rep. Malinowski noted that the threatening calls explicitly referred to the false accusations in the Republican ads and that QAnon has posted an NRCC press release against him on its internet outlets.[5]  Malinowski told the New York Times after the death threats, “We’ve been warning the Republicans running this play for at least the last two or three weeks that they were playing with fire. Now the match has been lit.” 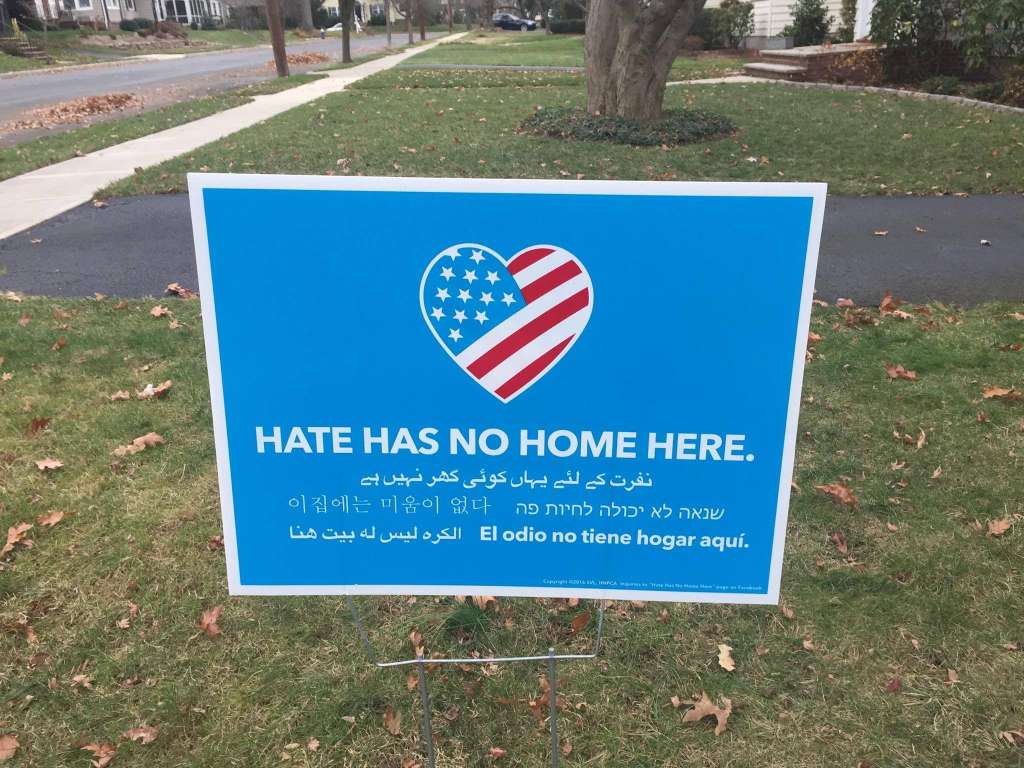 A group of twenty area faith leaders including Christians, Jews and Muslims, has publicly condemned the smear ad and asked Kean Jr. to disavow it. A group of six local Republican officials made a similar appeal, but Kean Jr. hasn’t relented.

Who’s working across the aisle for the 7th CD?

After serving with distinction with Human Rights Watch, Tom Malinowski, who is a Rhodes Scholar, was nominated by President Obama to be Assistant Secretary of State for Democracy, Human Rights and Labor in 2014. With the strong support of the late Republican Senator John McCain among others, he was confirmed by a unanimous bipartisan vote. Since his return to Washington as a member of Congress last year, Malinowski has worked consistently for pushing through the approval and funding of New Jersey priorities like the Portal Bridge and the Gateway tunnel and reversing the Trump tax bill’s cuts to the federal tax deduction for state and local taxes which particularly hurt the 7th district. He has voted to protect healthcare and the environment. As a member of the House Foreign Affairs Committee, Congressman Malinowski continues to speak up for international human rights and standing by our allies against dictators. 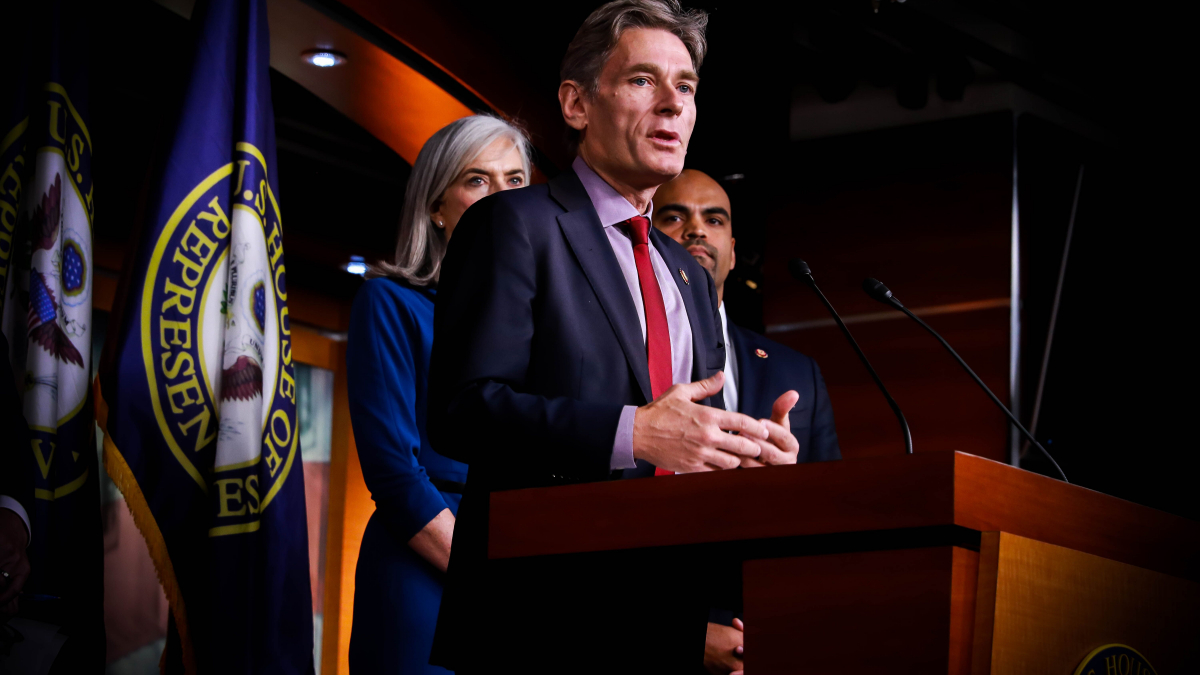 There’s every reason to believe Tom Malinowski will continue to serve the 7th district and the country in a thoughtful manner and to work across the aisle to do so if he’s reelected. As for State Senator Kean Jr.’s claims of “bipartisanship”, his record suggests the opposite and his unwillingness to reject these completely false and dangerous Republican ads should concern any voter. The race is a clear choice on both policy and character.

[1] The Trump campaign has filed suits in at least 7 states against voting by mail, and has wasted no efforts in publicly trying to portray mail voting as illegitimate. Trump’s  scare mongering, without evidence, about supposed large scale fraud in mail-in voting have been accompanied by his suggestions that he may not abide by the legal requirement to wait for all the ballots to be counted this fall and to respect the results, as some of us have been dismayed to learn. Since Kean Jr., as his party’s leader in the New Jersey Senate, is the G.O.P.’s highest state officeholder, it’s hard to imagine how the Republican State Committee could partner with Trump’s lawsuit without his assent.

Kean and the New Jersey G.O.P. are engaging in extreme hypocrisy on this issue, too. As Colleen O’Dea of NJ Spotlight pointed out, the same New Jersey Republican State Committee has recently released a flier urging its own voters to go ahead and vote by mail, since it’s “Safe and Secure”, and directing them to Kean Jr.’s website.

[2] Kean’s characterization of Human Rights Watch omitted to mention that HRW had shared in a Nobel Prize as a founding member of the International Campaign to Ban Landmines. According to UNICEF, landmines and similar armaments kill or maim more than 22,000 civilians a year, about half of them children.

[3] There’s no question that State Senator Kean Jr. is closely connected to the smear ads. Tom Moran, the editorial page editor for the Star Ledger, also asked Nealy, the campaign manager, whether the national Republican campaign group got the material for the attack ad, directly or indirectly, from the Kean campaign, and was told, “I don’t recall, but probably.”

[4] The kind of threats QAnon is making against Tom Malinowski aren’t to be taken lightly. If you haven’t been following the news about this secretive mob that has played an increasingly large role around the Trump reelection campaign, perhaps you recall its precursor, the notorious 2016 conspiracy theory cult promoting the debunked “Pizzagate” fantasy that Hillary Clinton and other high ranking Democrats were “operating a child sex trafficking ring” out of a Washington, DC restaurant. The hysteria spread by that cult resulted in one of its North Carolina followers shooting up the pizzeria with an assault rifle.

The Combatting Terrorism Center at the U.S. Military Academy in West Point has stated that QAnon, which officially began in 2017, “is arguably no longer simply a fringe conspiracy theory but an ideology that has demonstrated its capacity to radicalize to violence individuals at an alarming speed.” A bipartisan resolution condemning QAnon that recently passed the House refers also to six major crimes involving violence that have been specifically linked to the group, including a murder and a plot to bomb a state capitol.

[5] A particularly clear summary of the facts at issue in the Republican ad campaign against Malinowski and its consequence can be found in Fred Snowflack’s Insider NJ story, “Kean’s Vile Ad/Campaign”. It’s a quick read.