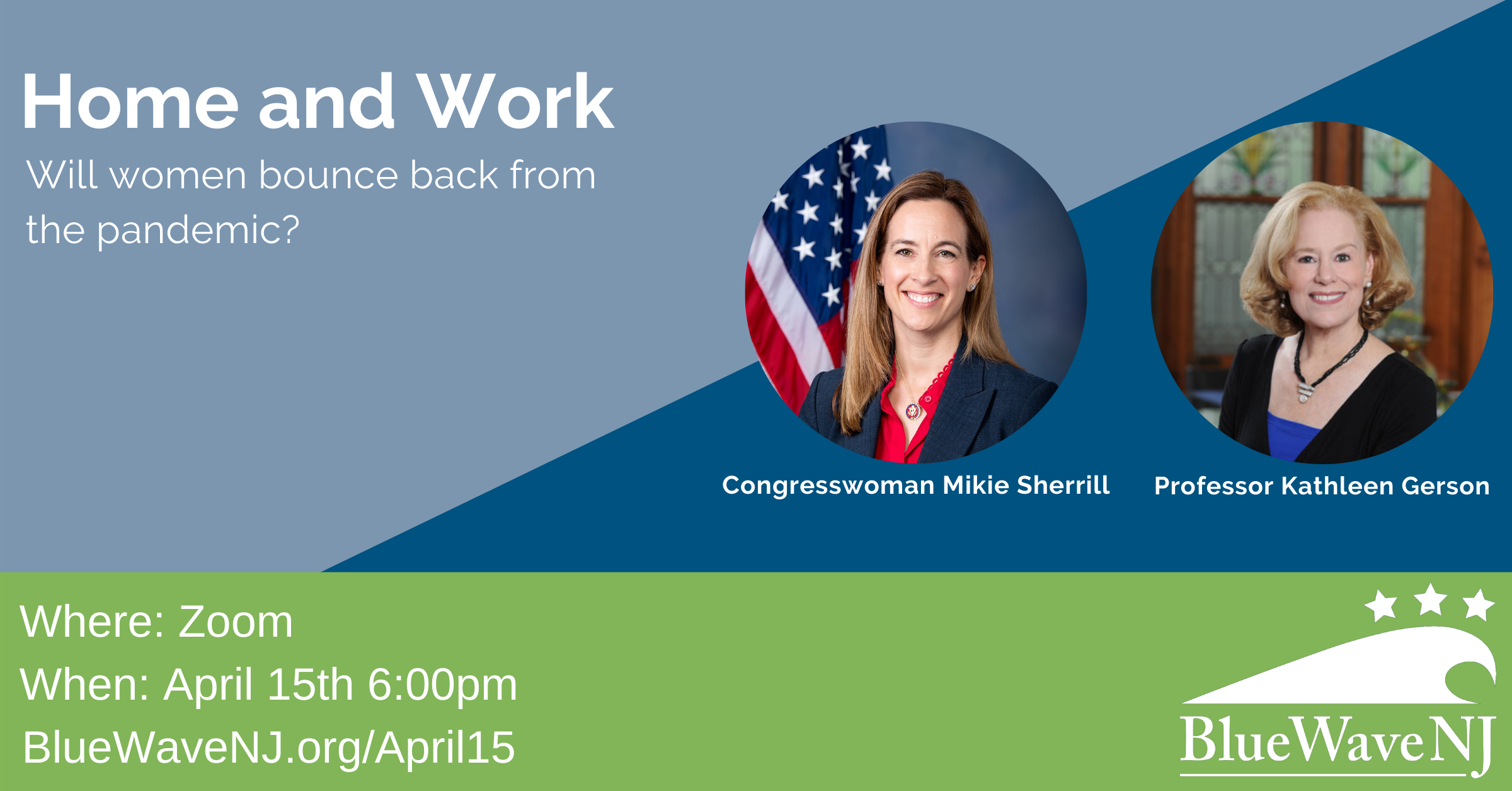 This past year has been challenging for everyone, but women have been disproportionately affected. The pandemic threatens to undo the economic and social gains women have made since the 1920s as it exacerbates generations of inequitable social policy that has fallen most heavily on women of color. The result has been a drop in women's labor market participation rate to a 33 year low.

Join Congresswoman Mikie Sherrill and Professor Kathleen Gerson as they discuss the damage done and how we move forward towards gender equality and equity.

After graduating from the United States Naval Academy in 1994, Congresswoman Sherrill spent almost 10 years on active duty in the United States Navy. She flew missions throughout Europe and the Middle East as a Sea King helicopter pilot, worked on the Battle Watch Floor in the European Theater during the Iraq invasion, and served as a Flag Aide to the Deputy Commander in Chief of the U.S. Atlantic Fleet. Congresswoman Sherrill also served as a Russian policy officer and worked on the implementation of our nuclear treaty obligations and oversaw the relationship between the U.S. Navy and Russian Federation Navy.

Congresswoman Sherrill attended law school after leaving the Navy in 2003, earning a degree from Georgetown University. She worked as a lawyer and eventually joined the U.S. Attorney’s Office in New Jersey. As an Outreach and Re-entry Coordinator, Congresswoman Sherrill developed programs to help prevent crime in the community. These programs developed trust between law enforcement and the communities they serve, and helped people leaving prison to gain employment, housing, and education in order to restart their lives. As an Assistant U.S. Attorney, Congresswoman Sherrill worked to keep our communities safe, prosecuting federal cases and advising law enforcement on investigations.

Kathleen Gerson is Professor of Sociology and Collegiate Professor of Arts & Science at New York University, where she is considered an authority on the shifts in gender, work, and family life taking place in the U.S. and globally. She is currently at work on a project investigating how the Covid pandemic has revealed and intensified the obstacles to women’s equality and the caregiving crisis facing American families.

Kathleen is the author of a number of award-winning books, including “The Unfinished Revolution: Coming of Age in a New Era of Gender, Work, and Family,” “The Time Divide: Work, Family, and Gender Inequality,” “No Man’s Land: Men’s Changing Commitments to Family and Work,” and “Hard Choices: How Women Decide About Work, Career, and Motherhood.” She has served as President of Sociologists for Women in Society and is a founding board member of the Work-Family Researchers Network. As a recipient of numerous professional awards, including a Guggenheim Fellowship, her work has been featured in the New York Times, the Washington Post, USA Today, The American Prospect, the PBS Newshour, NPR, and CNN.

This event is free to BlueWaveNJ members. If you did not receive an email with your free invite please contact us at [email protected] Become a member and receive a free invite to this event:
www.BlueWaveNJ.org/Support

Enjoy free access to all BlueWaveNJ upcoming events including our Fall Gala by becoming an Event Sponsor
www.BlueWaveNJ.org/Sponsorship