The PGA Tour is an American-based century old sports institution that wants to continue as the focus of the golf world. So in June it took the unprecedented step of suspending 17 players who broke ranks and accepted the lure of megabucks to play in and promote the rival “LIV Golf Series” sponsored by the repressive Saudi Arabian monarchy. If you haven’t been following the story, the Saudi’s are trying to pull off what is in effect a hostile takeover of global professional golf for the purpose of whitewashing their notoriety. In a reference to the role of the regime in the infamous murder and gruesome dismembering of the journalist Jamal Khashoggi, the New York Times columnist and economist Paul Krugman aptly labeled the Saudi sports events the “Bone Saw Tour”.[1] By extension, those few players who were somehow unsatisfied with the high dollars pro golf is affording them are literally now “playing along” with the Saudi’s whitewash attempts, unlike their PGA Tour colleagues, such as Tiger Woods and Rory McIlroy, who wouldn’t take the money.

Enter ex-President Trump and his chain of branded golf courses agreeing to host the Saudi series at his Trump National Golf Club in Bedminster, New Jersey at the end of this month, and again at its season’s final event, for undisclosed sums of money. 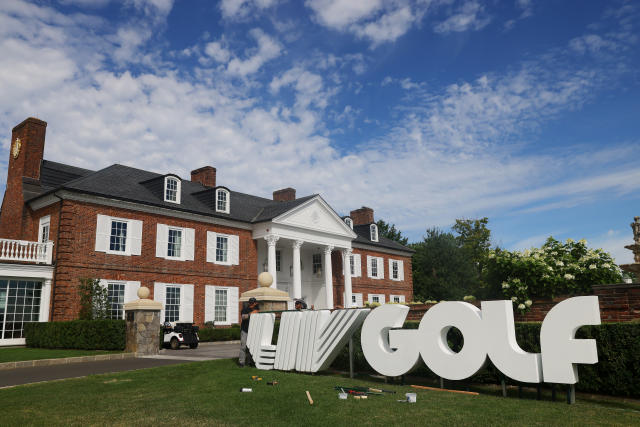 It’s not only the international human rights groups and the unbought professional golfers who are offended by Trump’s action. In a letter dated July 17, one of two groups representing the families of Americans killed in the September 11, 2001 attacks, demanded that Trump cancel the Saudi Bedminster event, which caused them “deep pain and anger”. They pointed to the still unresolved nature of the investigations of possible Saudi involvement with the September 11 hijackers, 15 of whom were citizens of that kingdom. Asking to meet with the former president, the letter said, “We simply cannot understand how you could agree to accept money from the Kingdom of Saudi Arabia’s golf league to host their tournament on your golf course, and to do so in the shadow of ground zero in New Jersey, which lost over 700 residents during the attacks.”  Brett Eagleson, who is president of 9/11 Justice, the families group, and was 15 when his father was killed in the attacks, told the New York Times, “It just sends a message that with the right amount of money, you can make people forget about anything.” Eagleson told CNN that Trump “is choosing money over America. So much for America first.”

So far, unfortunately, Trump has only been doubling down on his relationship with the Saudi regime, and there have been no suggestions that he is willing to meet with the 9/11 families.[2] Many in the media have recalled that it was Saudi Arabia, not America’s traditional democratic allies, that was the site of Trump’s first state visit as president, and Trump insiders have repeatedly used their official contacts with the regime during his term to negotiate their own lucrative business deals with the kingdom[3].

The appeals from the 9/11 survivors groups prompted Congressman Tom Malinowski (D-NJ 7th), whose district includes Bedminster, to tweet, “I stand with the 9/11 families here. While the former president has every right to host tournaments in Bedminster, helping the Saudis whitewash their record while undermining America’s Professional Golfers Association is plain wrong.” This statement is no surprise to those of us who know Malinowski, who before entering Congress served as Assistant Secretary of State for Democracy, Human Rights and Labor. 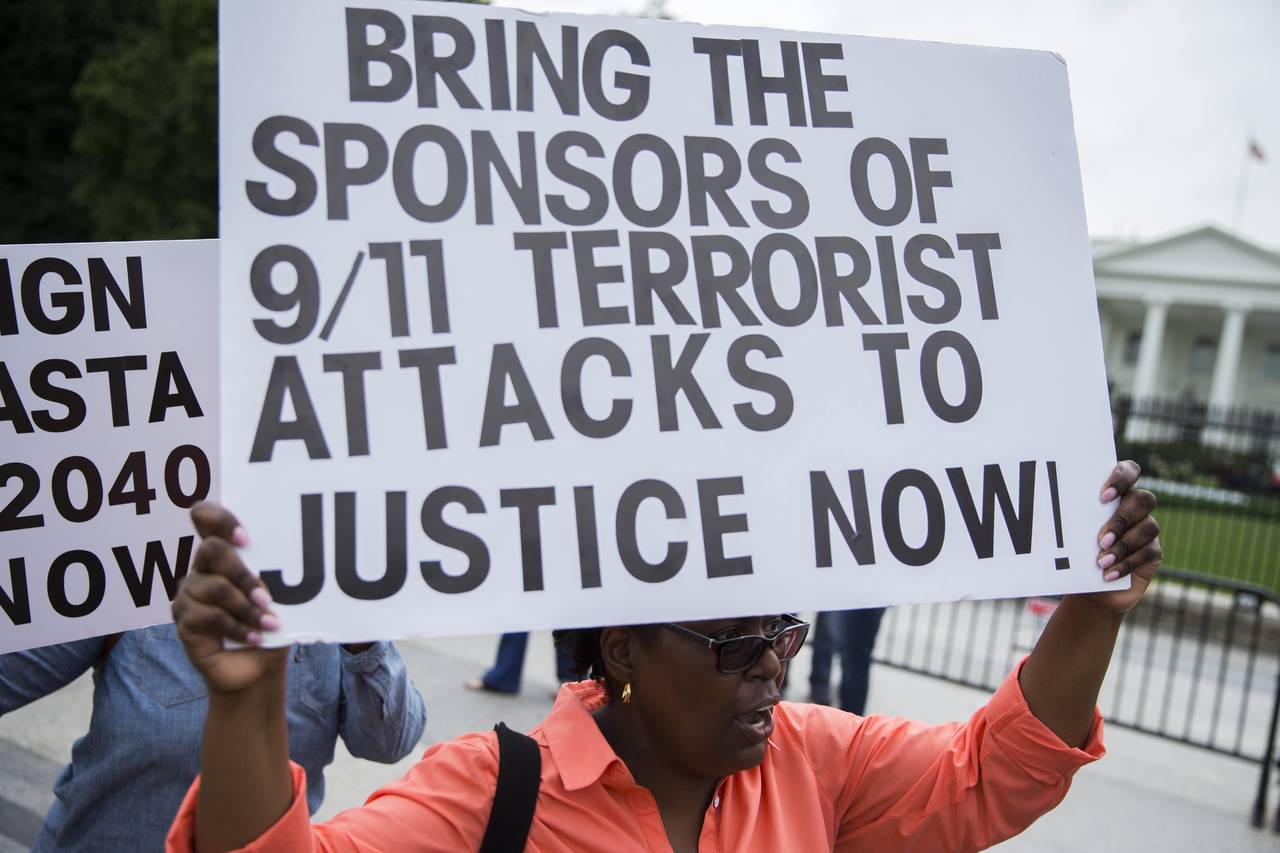 As of this writing, Malinowski’s challenger, Republican Thomas Kean, Jr., has had nothing to say on the matter, or, if he has, it hasn’t entered the public record. This is also, unfortunately, what most of us have come to expect from him. Kean Jr.’s campaign is dependent on the support from funds overseen by House G.O.P. Minority Leader Kevin McCarthy, a Trump loyalist. It was undoubtedly for this reason that Kean, Jr. has thus far refused to join in with moderate pro-democracy New Jersey Republicans like ex-Governor Christine Todd Whitman who spoke out earlier this year to protest the censure by the Republican National Committee of Representatives Liz Cheney and Adam Kinzinger over their service on the Congressional January 6 investigation looking into Trump’s involvement in the insurrection, and, most recently, his own father, ex-Governor Thomas Kean, Sr., who pointed to Trump’s “dereliction of duty” during the attack on the Capitol. The conclusion spoken by Mr. Eagleson of the 9/11 families about Donald Trump’s betrayal at Bedminster could equally apply to Kean, Jr.’s silence on the subject: “So much for America first.”

Mark Lurinsky has been an activist on matters of public policy since 1968, He is currently a member of BlueWaveNJ’s Electoral Reform Working Group and is co-chair of the Healthcare Committee.

[1] Freedom House, which regularly rates countries according to their degree of democracy and freedom gives Saudi Arabia only a 7 out of a possible 100. For context, this is twice as repressive as the theocratic state of Iran and only slightly better than the Kremlin-occupied Ukrainian territory of Eastern Donbas. The primary role of the Saudis as a major driver in the civil war in Yemen, the world’s worst humanitarian disaster, is another important matter that the absolute monarchy in Riyadh would like to displace from the news headlines. The lengths to which the regime will go to use its oil wealth for this purpose can be seen by the fact that the kingdom reportedly offered players as much as $200 million to jump from the PGA Tour to its venture. This excess is reportedly being funded most recently by a new infusion of $2 billion from the kingdom’s sovereign wealth fund, which is controlled by the Crown Prince Mohammed bin Salman, who has been definitively named as the one responsible for the murder of Khashoggi.

[2] In a recent interview with the Wall Street Journal, Trump pretended not to understand why the 9/11 families are so upset, and went on to speak admiringly of the Saudi kingdom’s effort to rehabilitate its image by way of sports sponsorship, calling it “a great thing” and an “incredible investment”.

[3] Less than six months after leaving the Trump Administration where his duties included extensive relationships with Middle Eastern countries, Jared Kushner, the ex-President’s son-in-law, solicited and received a $2 billion investment in his real estate enterprise from the same Saudi sovereign wealth fund financing LIV golf. The Oversight Committee of the U.S. House of Representatives launched an investigation of this transaction in June.